It’s time to put up an Eligibility Post, and there’s two big things I want to talk about for me, specifically in terms of the Hugos.

So, For Your Consideration:

Starting first with Fancast.  I am so very proud of the show we’ve put together this year– especially pulling it off this year. My cohosts Rowenna Miller and Cass Morris (as well as Alex Rowland before they stepped down) are brilliant humans who have great things to say.

In addition, we’ve been blessed with an embarrassment of riches in terms of guest stars in 2020, including S.A. Chakraborty, Cat Sebastien, Freya Marske, Tochi Onyebuchi, Melissa Caruso, Andrea Stewart, K.A. Doore… and that just gets us to June.  Plus our big panel episode on Fantasy Race and Racism with K. Tempest Bradford, K.S. Villoso and Sarah Guan, which is a stand out example of the show.

And more to the point, I think we’re doing very good work in helping new (and old!) writers in opening up their worldbuidling process, questioning their presumptions, and with that, the opportunity to do our part to continue to move the genre forward into the 2020s.

Now, the more personal one.

This one is a bit tough, and I may sound like a raving egomaniac here, but: bear with me a little.

The Maradaine Saga deserves your full scrutiny and consideration as a contender in this category.

Let me tell you: this year has some contenders. Looking at a list of the various series that are eligible, there are some real all-stars there. I can easily name six very worthy possible nominees, if not more.

But I’m going to ask you to give Maradaine a real look.

You might disagree, of course! You might think I’ve not accomplished anything of significant note to merit a nomination. If you’ve given Maradaine due consideration and conclude that it’s not worthy, or that there are six others that are more so, I can’t argue with that.

And that’s really all I can ask: put the Maradaine Saga on your radar, and given it the consideration you think it’s due.

I can only hope you can find as much love and joy in reviewing it as I did in writing it.

To sum up, with a little more flex: 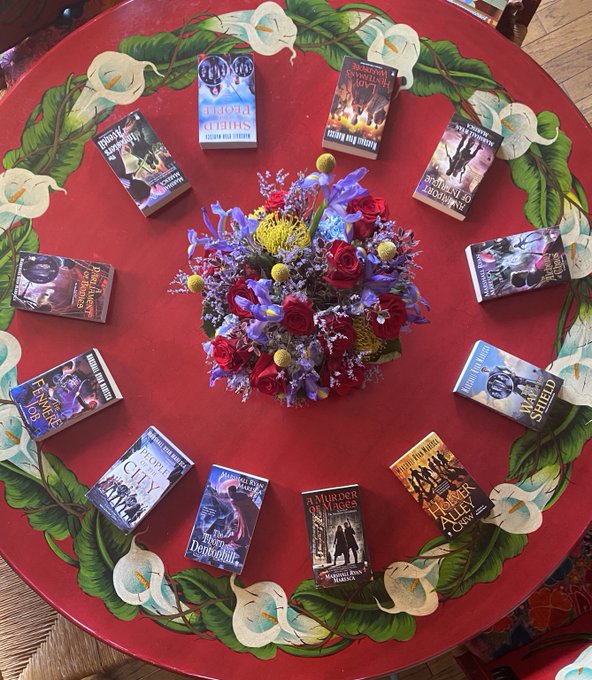 For Your Consideration for Best Series Hugo: The Maradaine Saga, twelve books set in Maradaine, starting with Thorn of Dentonhill and culminating in People of the City.   Five years, eight months and twenty-four days between Book One and Book Twelve.