THE VELOCITY OF REVOLUTION 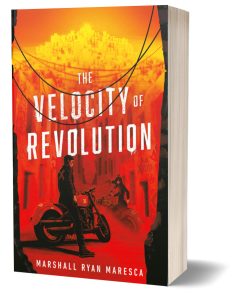 From the author of the Maradaine saga comes a new dieselpunk fantasy novel that explores a chaotic city on the verge of revolution.

Ziaparr: a city being rebuilt after years of mechanized and magical warfare, the capital of a ravaged nation on the verge of renewal and self-rule. But unrest foments as undercaste cycle gangs raid supply trucks, agitate the populace and vandalize the city. A revolution is brewing in the slums and shantytowns against the occupying government, led by a voice on the radio, connected through forbidden magic.

Wenthi Tungét, a talented cycle rider and a loyal officer in the city patrol, is assigned to infiltrate the cycle gangs. For his mission against the insurgents, Wenthi must use their magic, connecting his mind to Nália, a recently captured rebel, using her knowledge to find his way into the heart of the rebellion.

Wenthi’s skill on a cycle makes him valuable to the resistance cell he joins, but he discovers that the magic enhances with speed. Every ride intensifies his connection, drawing him closer to the gang he must betray, and strengthens Nália’s presence as she haunts his mind.

Wenthi is torn between justice and duty, and the wrong choice will light a spark in a city on the verge of combustion.

PURCHASE THE VELOCITY OF REVOLUTION: 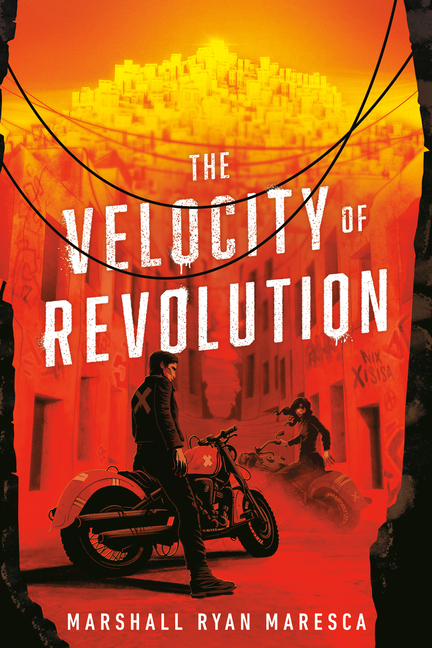