Skip to content
“Maresca offers something beyond the usual high fantasy fare, with a wealth of unique and well-rounded characters, a vivid setting, and complicatedly intertwined social issues that feel especially timely.“  – Publishers Weekly

“Action, adventure, and magic in a school setting will appeal to those who love Harry Potter and Patrick Rothfuss’s The Name of the Wind.“  – Library Journal Starred Review

“In one fast-paced, funny, highly readable novel after another, Maresca continues to build out every nook and alleyway of Maradaine, which is fast becoming one of the most richly detailed settings in fantasy.“  –Barnes & Noble Sci-fi and Fantasy Blog 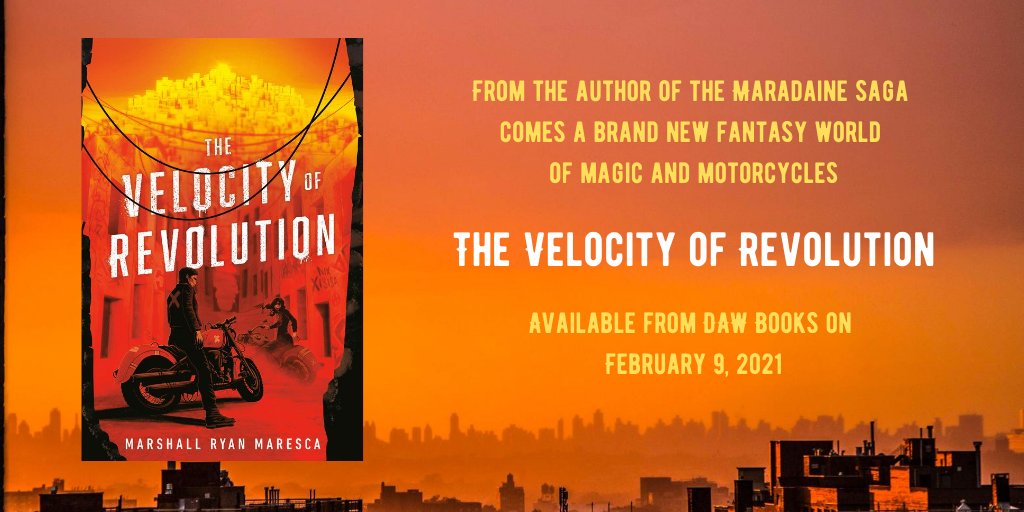 Marshall Ryan Maresca is a fantasy and science-fiction writer, author of the Maradaine Saga: Four braided series set amid the bustling streets and crime-ridden districts of the exotic city called Maradaine, which includes The Thorn of Dentonhill, A Murder of Mages, The Holver Alley Crew and The Way of the Shield, and an upcoming dieselpunk fantasy, The Velocity of Revolution. He is also the co-host of the podcast Worldbuilding for Masochists, and has been a playwright, an actor, a delivery driver and an amateur chef. He lives in Austin, Texas with his family.