The cover for The Imposters of Aventil has been revealed: 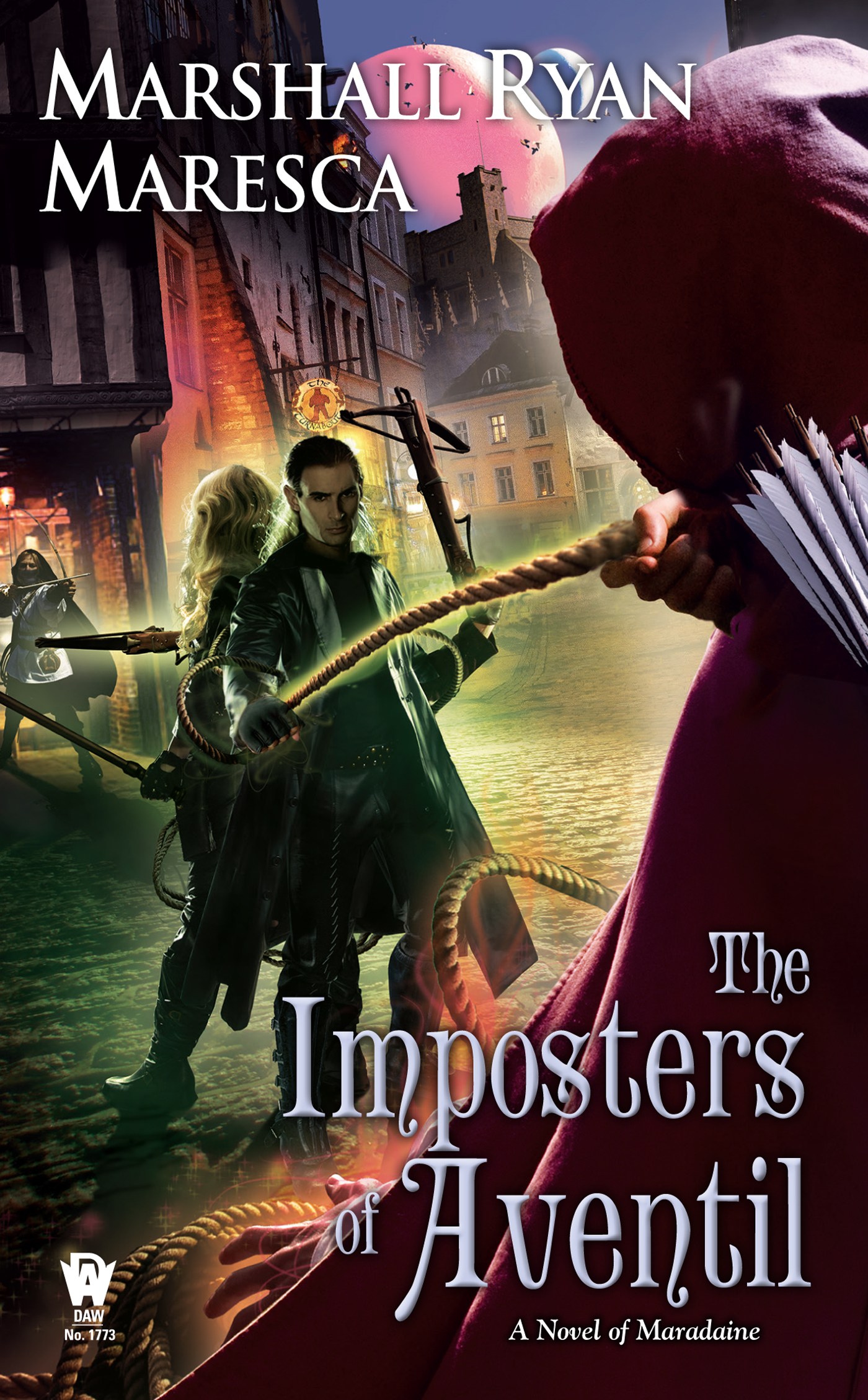 The third installment of Veranix Calbert’s saga puts him in the crosshairs of our favorite inspectors from the Maradaine Constabulary, Minox Welling and Satrine Rainey: