Honestly, how is it MARCH already?

Here we are, just a few weeks away from the release of The Assassins of Consequence, and I’ve not even told you all anything about the book or how to get your hands on it.

First off, here’s a description:

The autumn semester at the University of Maradaine is underway, and Veranix Calbert is doing his best to balance the new responsibilities of being a fourth-year magic student under the militant Altarn Initiatives, while still acting as The Thorn, the street vigilante deep in a personal war against the drug kingpin Willem Fenmere. With the help of his friends Kaiana, Delmin, and Mila, he’s been able to strike real blows against Fenmere’s empire.

But Veranix’s fight has earned him more enemies than just Fenmere, including the mad alchemist Cuse Jensett, the imposters Erno Don and Enzin Hence, and the Deadly Birds Magpie and Jackdaw. These five killers join forces to escape Quarrygate Prison and offer an alliance to Fenmere, bringing with them the perfect leverage to seal the deal: the Thorn’s identity.

Once Fenmere knows who Veranix is, he doesn’t just want to kill him, but to utterly shatter him. Calling on everyone in Maradaine holding a grudge against the Thorn, he unleashes a brutal hunt against Veranix.  With old and new enemies all looking to claim the bounty on his head, stripped of the security of his secret identity, Veranix faces the most brutal fight of his all too-short life.

Plus we have a cover! 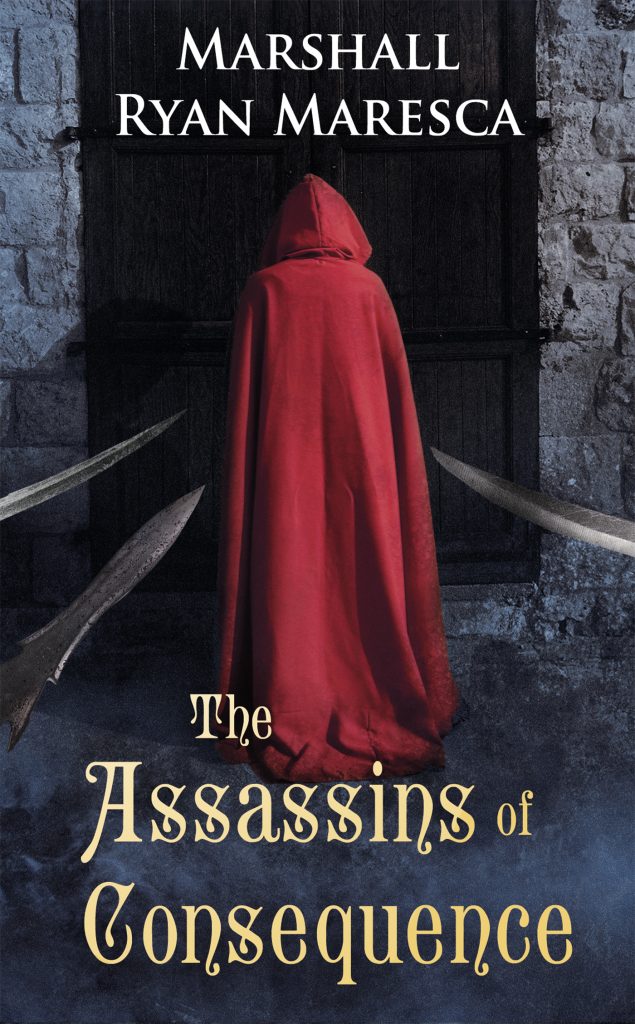 Now, we also have some disappointing news with this one.  As of right now, The Assassins of Consequence will only be released in e-book format.  Will it get released in trade or mass market somewhere down the line?  I can’t say, and I wish I could.  Time will tell.  In the meantime, here’s your links: