So, now that I’ve gotten through October, I’ve got a few things of my plate. Namely, the proofs for The Alchemy of Chaos have been finalized, and I submitted the final draft of An Import of Intrigue.  Which means now all I’ve got to work on is rough draft stuff.

I’ve mentioned before that when I’m in drafting mode (which is just about always), I target 500 words a day.  I often surpass that, but 500 makes a good target for me.  It’s a not a breakneck finish-a-novel-in-a-month pace, of course, but it works best for how I write.  I tend to be very deliberate in how I write and plot, so the pound-it-out-and-fix-it-later method does not work for me.

But what I need to do– what every person who has the intention to actually write a novel needs to put their ass in the chair (or their feet on the floor, if you’ve got a standing desk), and just plain do the work.

The work itself is not the sexy, exciting part about being a writer.

I say that because I notice there’s a certain class of hopeful-novelists who don’t want to write, they want to have written.  They want a shiny book to point to, and the work is something they kind of gloss over.  There’s a certain ginormous best-seller who speaks of the process of writing their first novel like it was some kind of unintended wacky accident, that they were just typing away and *novel occurred* out of the blue.  No.

The process of writing a novel cannot be expressed in the passive voice.  You’ve got to actively decide, each day, each week, that you’re going to get it done.

Speaking of, I’ve got quite a few things percolating, above and beyond the third Thorn novel and the Space Opera in Progress, so I need to get to work on that.

But not before sharing this big news: The Alchemy of Chaos has a cover!  The fine people at SFSignal shared it with the world, and again Paul Young has done me right. 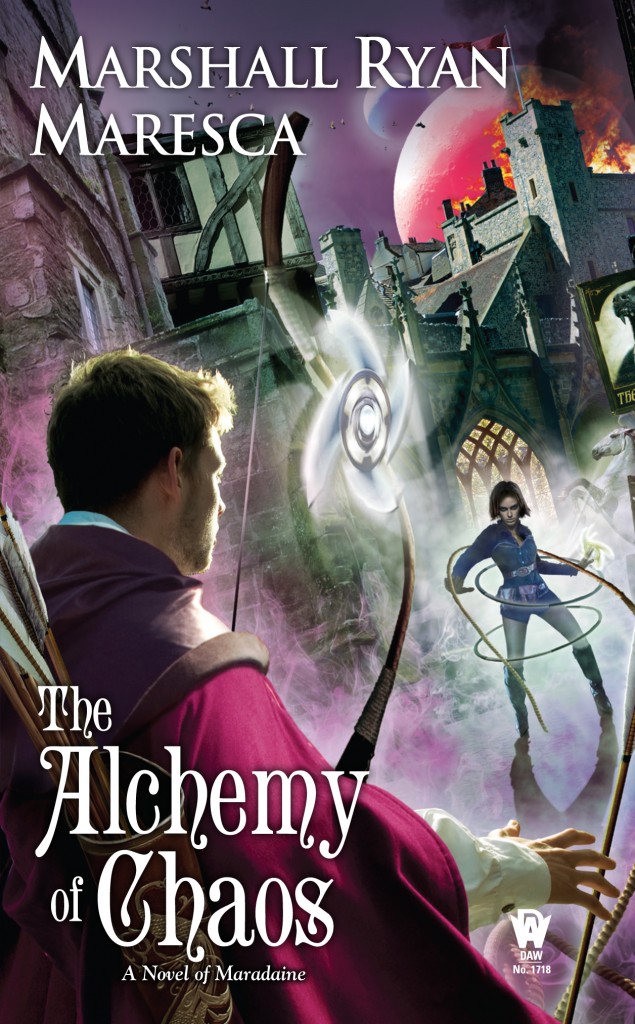 Check out The Alchemy of Chaos over at Goodreads.