I’ve made no secret of the fact that I’ve got Big Picture plans for the Maradaine books, so now that The Alchemy of Chaos is ready to go out into the world in a matter of weeks and An Import of Intrigue is fundamentally done*, it’s critical to get a better look at where things are in my writing process, where they are going, and how little changes and additions affect the big picture.

And there is Big Picture news coming down the pike…

But that’s not the point here.  The point is, I’m at a juncture where I need to re-calibrate, examine where I need to go, and figure out the best way to do that that both honors what I’ve done and where I want to go.  I’ve compared outlining to working out one’s planned trip on a road map, but in a lot of ways, being in this place feels closer to being in the middle of the ocean with star charts and dead reckoning.

I’m currently working on the rough draft of The Imposters of Aventil, which is the next book in the Aventil/Dentonhill/University share of the saga** of Maradaine.  I had to tear the original outline down and re-build it, based on events that happened in Alchemy that I didn’t anticipate when I wrote the Imposters outline.  I’m now looking at the outline for the third Constabulary book with the same eye based on what happens in Import.  I feel like this will be a less painful process than it was for Imposters, because I’m already understanding that this is a necessary thing for me to do.

Because the storytelling needs to be organic.  Sticking lock-step to the outline would be absurd.  This applies to the individual projects, as well as the Big Picture.  I’ve looked at the Big Picture outline some more, and already see one major change that I’m going to want to implement.  Without going into spoilers or details, it’s sort of  equivalent to when the producers of LOST cast Michael Emerson for a three-episode guest turn, and realized that they had something great on their hands, and decided to weave him into the larger mythology.    Sort of.  Don’t read too much into that comparison.

Though I definitely do have a larger mythology– if that’s the right word– that I’m working on here.  But I’m also growing more confident about what that is, and how I’m going to be sharing it with you.  I’m really excited about what’s to come.

But, in the short term, what’s to come is The Alchemy of Chaos.  Black Gate is already excited for it, and I hope you will be as well. 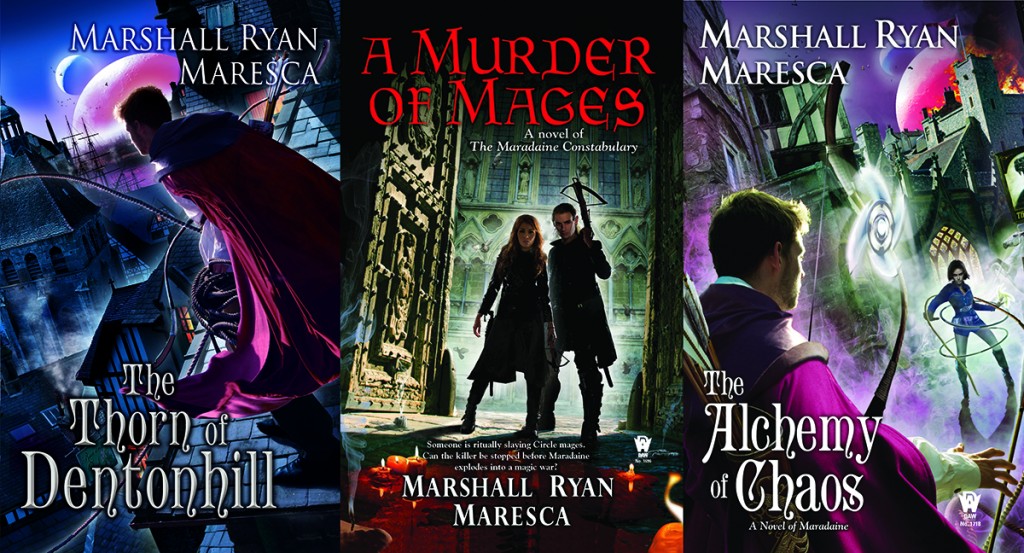 —–
*- As far as the creative aspected is concerned, it’s done.  Copy-editing and proof-checking still to come, but that’s far more the administrative part of the writing process– on a storytelling level, it’s locked down.
**- Good lord, I just said “saga”.