You know, it wasn’t that long ago– only five years ago– that I got to reveal my first cover for THE THORN OF DENTONHILL.  Now we’re nine books deep into Maradaine stories, and the tenth– SHIELD OF THE PEOPLE— out in a few months.  And what’s next after that? The eleventh Maradaine novel, the third Streets of Maradaine novel, THE FENMERE JOB.

So what can you expect from THE FENMERE JOB?

It’s a huge, fast-paced story of NON STOP AWESOMENESS where Asti and Verci have to square off against their enemies in North Seleth, as well as The Thorn himself.  It needs an epic cover to match.  So here it is, another winner by Paul Young. 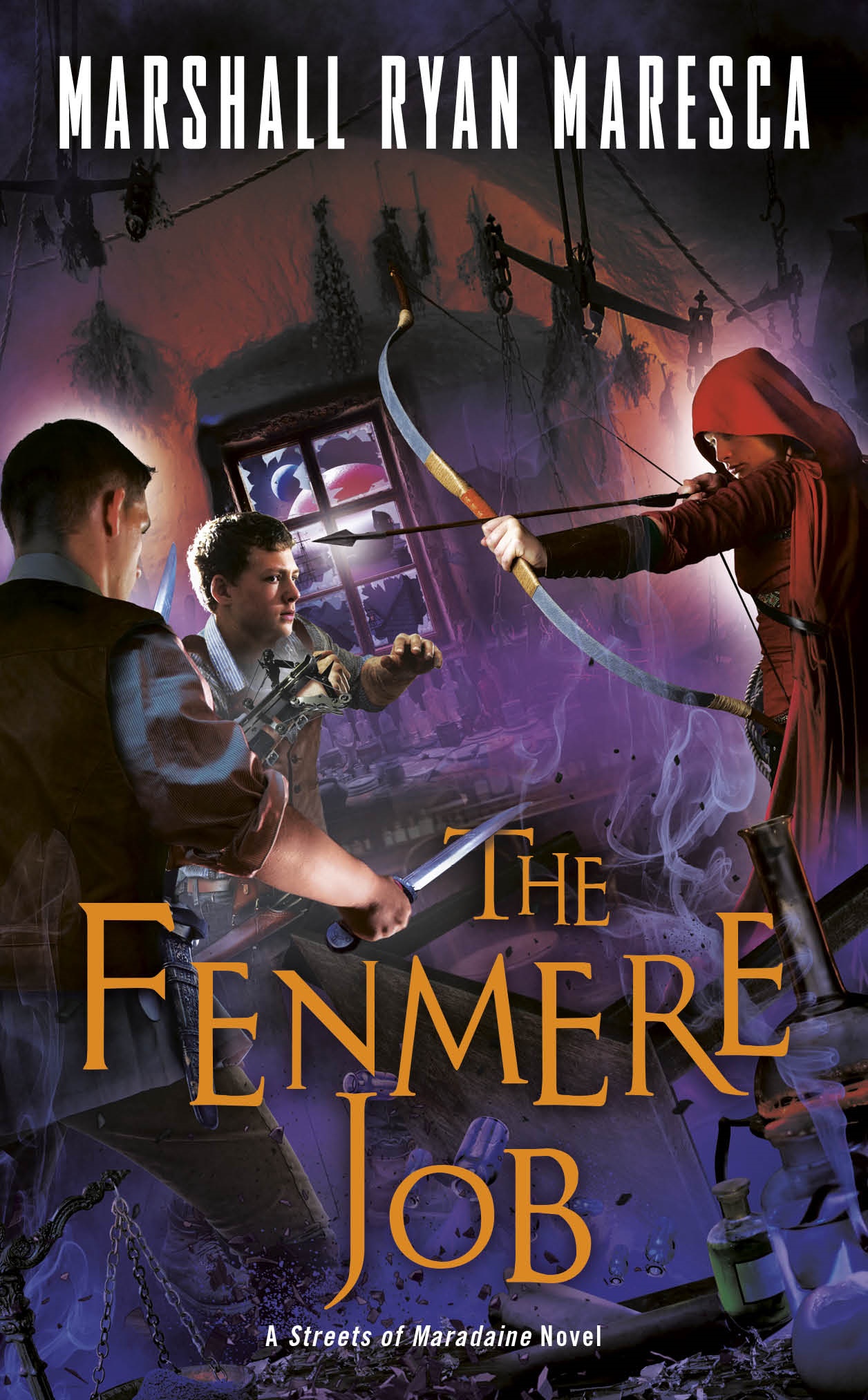 And with THE FENMERE JOB, we are that much closer to the fully-epic conclusion to Maradaine Phase I: PEOPLE OF THE CITY.
Goodreads Page for THE FENMERE JOB
Available for Pre-Order at Amazon , Barnes & Nobles, IndieBound and more!