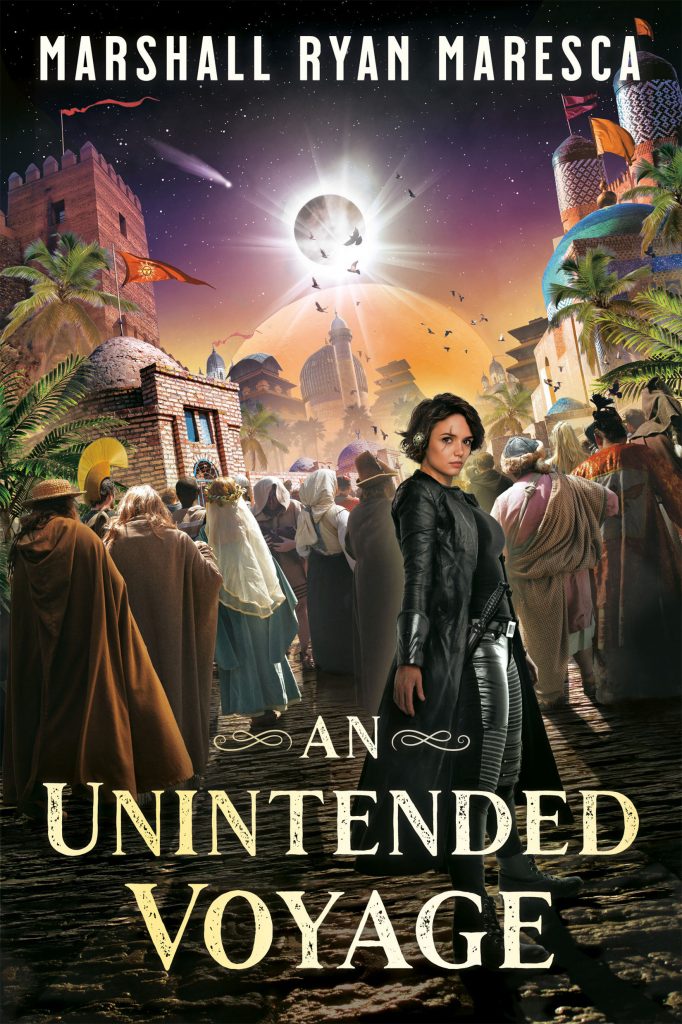 Sergeant Corrie Welling–the young constabulary officer from Maradaine–has been abducted and confined on a ship bound for distant shores, where her captors have nefarious plans for her. With fortune and ingenuity, Corrie escapes, but finds herself stuck in a sprawling metropolis on the other side of the world: The Mocassa.

The Mocassa is a test unlike anything Corrie has ever faced. She doesn’t speak the language, doesn’t know the culture, and is forbidden from leaving the city until she pays off a colossal debt. Even if she’s able to find decent work, it will take her years to settle her accounts and get home.

But Corrie Welling will not be cowed. She will work, fight, and hold her chin high. As a fringe faction of an apocalyptic faith spreads throughout the city, threatening the new friends she’s sworn to protect, she’ll continue to stand up for the values instilled in her as a member of the Maradaine Constabulary. Even if, as her darkest day approaches, she has to do it alone.